3 cases of Delta plus variant found in Mizoram 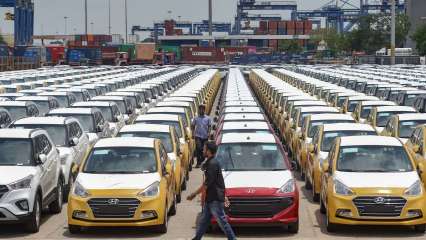 Though the Centre’s rules are not based on the fuel type, the scrapping rules in Delhi NCR have been implemented as per the fuel type of the vehicle. The rules issued by DTD states that diesel vehicles over 10 years old and petrol vehicles more than 15 years will not be allowed on the roads of the national capital.

The rules further state that if the cars falling in the above criteria are found operating on the roads, they are liable to be impounded and invite necessary penal action under Motor Vehicles Act, 1988. This decision has been taken to curb the levels of pollution in Delhi, which are hazardous.

Currently, the authorities are conducting the first phase of this new green initiative and over 1.5 lakh diesel vehicles and 38 lakh petrol vehicles in Delhi fall under the radar for this. The authorities have said that the fine for this will remain minimal as the intention of this rule is to make the citizens more aware.

This initiative will motivate people to sell off their old cars for scrap, which will reduce the amount of waste produced by heavy machinery. Companies like Mahindra are also promoting this initiative, stating that they will buy old cars falling in the above criteria for Rs. 8,000- 80,000.

THIS nation says it has reported zero cases of COVID-19, activists disagree