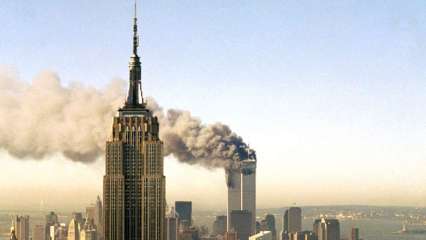 The 9/11 attacks shook the US to its core, and each year, its anniversary is observed on September 11 to honour the victims of the attacks and pay respect to the grieving families. This year, the attack anniversary also brought on some bitter news in South Carolina.

A 9/11 attack memorial, which honours the victims of the attacks, was defaced by vandals on the 20th anniversary of the terrorist incident. According to the authorities in South Carolina, the word ‘Taliban’ was seen spray-painted in two places in the memorial.

According to reports submitted by the authorities, the newly constructed memorial for 9/11 victims was defaced the same day the country was observing the 20th anniversary of the attacks that took place on September 11, 2001. The vandals had spray-painted the word ‘Taliban’ on the base and the beam of the granite structure in the memorial.

The memorial was installed about a week ago, with two heavy granite structures representing the Twin Towers, surrounded by 1,000 American flags. On the eve of the 20th anniversary of the 9/11 attacks, many cars came out to visit the memorial and pay their respects to the victims.

The 9/11 attacks were a dark day in US history, as many attacks were conducted across the country in notable places, including the Pentagon and the Twin Towers in New York. The attacks lead to the death of over 2,500 people in the country.

How billionaires are trying to achieve immortality