A Secret Trial In Myanmar

AIIMS doctor warns about infection, says not to do THIS to curb spread of deadly disease 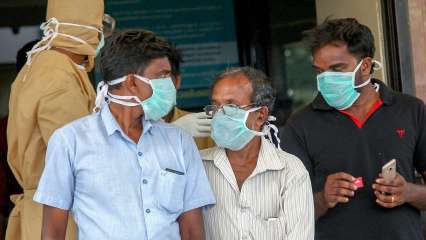 Kerala is currently batting with a surge in cases of Nipah virus after a 12-year-old boy died on Sunday in the district of Kozhikode in a private hospital. The Nipah virus is a zoonotic infection that transmits between species, from animals to humans or vice versa.

According to experts, once the Nipah virus jumps from animals to humans, they become highly contagious and have high morbidity and mortality rates.

Recently, AIIMS professor Dr Ashutosh Biswas warned about the transmission of the Nipah virus and said that people should avoid eating fallen, half-eaten fruits especially without washing them, which is a dangerous habit. He said that mostly fruit bats are the carriers of the virus.

“The temptation of eating fallen fruit, especially without washing it, is the first step from where spillover from animal to human begins.,” Dr Biswas said, adding, “Fruit bats are the carriers of the virus, and they are the main cause of transmission. Fruit bats live in a specific geographical territory. If they fly to other places, naturally this virus can be transmitted.”

“We don’t have a specific treatment for the disease,” he added. He explained that this is a ‘very serious disease and  is associated with high morbidity and mortality.”

The AIIMS doctor said, “In the past, we have seen and observed in India, that the fruit bats can also transmit it to our domestic animals like pigs, goats, cats, horses, and others. So, the jumping of this virus from animals to humans is very dangerous, and is what we call a spillover.”

He said that once this virus gets into human circulation, it ” starts to transmit from human-to-human and the transmission is so fast that it can spill over.”

Symptoms, treatment and other details you need to know