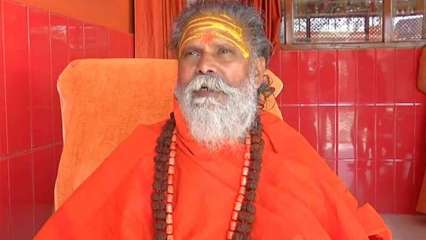 Mahant Narendra Giri, President of Akhil Bharatiya Akhada Parishad, was found dead in his room at his residence at Baghambari Math in Prayagraj, Uttar Pradesh. A forensic team and a special team are at the spot and investigations are being carried out. Senior officials including IG Prayagraj are present at the spot.

A suicide note has reportedly been recovered by the police from Mahant Giri’s residence. More details are awaited

However, Mahant Giri’s disciple Anand Giri made a big statement talking to Zee News, alleging that Mahant Giri’s death is a case of murder, demanding thorough investigation by the authorities.

Anand Giri alleged that some people are engaged in activities to create a rift between him and the late Mahant, saying that he was completely healthy when he last met him.