Al Qaeda getting stronger after Taliban takeover in Afghanistan? 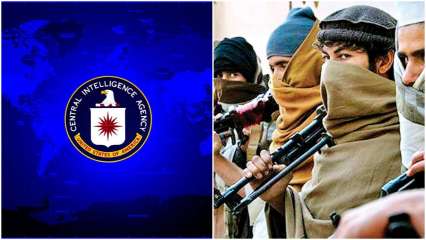 After the Taliban took over the reins of Afghanistan, there are signs that terrorist organisation Al Qaeda is regrouping itself, United States Central Intelligence Agency (CIA) said this on Wednesday.

Deputy Director of CIA David Cohen said that the current intelligence reports indicate some potential motion of Al Qaeda returning to Afghanistan. He shared his views at the Intelligence and National Security Summit held in Washington DC. Cohen said that American intelligence agencies are closely monitoring the situation.

However, he did confess that with the closure of the US embassy in Kabul and network of CIA stations across Afghanistan, it was difficult to assess the real conditions on the ground. According to Cohen much of the intelligence that has been collected in recent weeks comes from countries that border Afghanistan.

United States intelligence officials estimate that it could take Al Qaeda between one and two years to regain its strength and striking capability. Contacts between Taliban and Al Qaeda groups continue to exist, and could potentially deepen after the departure of the US coalition forces from Afghanistan, something that the US fears.

The presence of Al Qaeda in Afghanistan was the primary reason behind the invasion of the country by the United States in 2001 after the 9/11 attacks conducted by the terrorist organisation under the leadership of Osama bin Laden.

Osama bin Laden, mastermind of the 9/11 attacks, the deadliest on American soil was killed on May 2, 2011, in a raid by the US forces inside the Pakistani compound that housed him and his family.