Rebel To PeaceMaker : Zoramthanga On How Life Has Changed…

All about Delta variant AY.4.2 that is increasing COVID-19 infections in UK, Russia, Israel 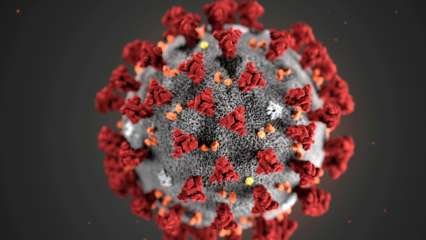 As the world is battling the COVID-19 pandemic, the UK and Israel are experiencing a wave of coronavirus cases due to the new descendant of the Delta variant AY.4.2, also called the “Delta Plus” variant.

The Delta is still a dominant variant in the UK, however, AY.4.2 delta sublineage is rapidly increasing in frequency. It includes spike mutations A222V and Y145H, which might give the virus survival advantages, according to the latest report from the UK Health Security Agency.

AY.4.2 delta “sublineage accounted for approximately 6 percent of all sequences generated, on an increasing trajectory”, the report said.

“Delta remains the predominant variant… a Delta sublineage newly-designated as AY.4.2 is noted to be expanding in England. It is now a signal in monitoring and assessment has commenced,” it added.

Although tests are underway to understand how much of a threat this Delta sub-variant may pose, experts say it is unlikely to take off in a big way or escape current vaccines, the BBC reported.

“It is potentially a marginally more infectious strain. It is nothing compared with what we saw with Alpha and Delta, which were something like 50 to 60 percent more transmissible. So we are talking about something quite subtle here and that is currently under investigation,” Prof. Francois Balloux, director of University College London’s Genetics Institute, was quoted as saying to BBC.

On Sunday, Scott Gottlieb, a former US Food and Drug Administration Commissioner, called for research into the sub-variant.

“There’s no clear indication that it is considerably more transmissible, but we should work to more quickly characterise these and other new variants. We have the tools,” he added.

However, Balloux said that “at this stage, there is no need to panic. It might be slightly, subtly more transmissible but it is not something absolutely disastrous like we saw previously”.

In Israel, an 11-year-old boy returning from Moldova to the country has been identified as COVID-19 positive, carrying the novel Delta variant AY4.2, the only recorded case in Israel of the new strand of the coronavirus, the Jerusalem Post reported.

The child was tested in Ben-Gurion Airport upon his arrival and has since been in self-isolation, the Health Ministry said on Tuesday.