No public executions and hanging of bodies in Afghanistan 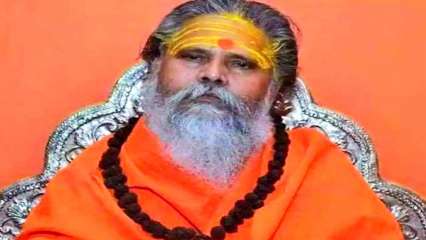 The President of the Akhil Bharatiya Akhara Parishad, 72-year-old Mahant Narendra Giri who was found dead at his Baghambari Math in Prayagraj on Monday left his home in 1983. He came to Prayagraj Sangam at the tender age of 22.

Mahant Balwant Giri who became the guru of Mahant Narendra Giri gave him Deeksha and taught the entire initiation and sannyasa tradition to him. Narendra Giri took over the throne of Baghambari Math in 2004

Mahant Narendra Giri was made the President of Akhil Bharatiya Akhara Parishad at the Nashik Kumbh in 2014. In 2018, Narendra Giri came into the limelight for releasing the list of fake saints.

The suspicious death of Mahant Narendra Giri, President of Akhil Bharatiya Akhara Parishad, has once again brought the Baghambari Mutt into the limelight. Mahant Ashish Giri, who was the Secretary of Niranjani Akhada two years ago, also died under mysterious circumstances.

Even after two years, the police have not been able to throw much light on this death.

1 dead, 2 injured as Army helicopter crashes at Patnitop in Jammu