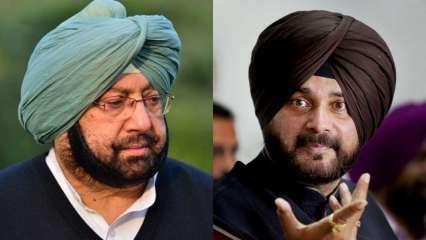 Hours after Captain Amarinder Singh resigned as the Chief Minister of Punjab he stated that he will oppose any move that entails making Navjot Singh Sidhu the next chief ministerial face of Punjab. He also said that Sidhu will be a disaster since he has a connection with the Pakistan establishment.

In an interview with a news agency, Capt Amarinder Singh that he will prevent from Sidhu being the face of Punjab for the sole reason of security of the state and country. “I will oppose his name for the next CM face. He has a connection with Pakistan. It will be a threat to national security,”  he said.

He further stated that it is the decision of Congress to keep Sidhu as PCC chief, “Sidhu could not manage a thing. I know him very well. Don’t think that he is some sort of magic word for Punjab. He is going to be a disaster,” he said.

On links with Pakistan, Capt Amarinder Singh said that Pakistan’s Prime Minister Imran Khan is Sidhu’s friend. “He is friends with Imran Khan and General Bajwa. Daily so many drones, weapons, explosives, grenades, pistols, rifles, AK47s, RDX, heroine are coming (in Punjab). Where is all this coming from, from Pakistan….when he knows the bigwigs from Pakistan and we share a 600 km border with Pakistan, it is a matter of national security,” said Amarinder Singh.

As he submitted his resignation to Governor Banwarilal Purohit, he also submitted the resignation of his council of ministers. The resignation came ahead of the meeting of the Congress legislature party convened by the party leadership.

After Capt Amarinder Singh’s exit, who are the probable Chief Minister candidates for Punjab?