Safety Concerns As India To Roll Out Home-Grown Vaccine 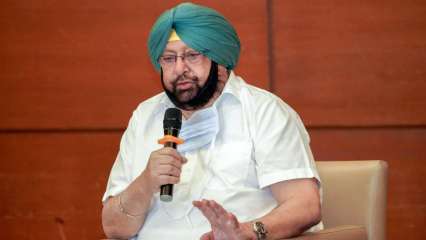 In what can be termed as a new twist to the political situation in Punjab, former state Chief Minister Amarinder Singh has announced that he will soon launch his own political party. He also hinted at a possible alliance with the BJP for the upcoming Punjab Assembly Elections which are slated for next year if the farmers’ issue is resolved.

“The battle for Punjab’s future is on. Will soon announce the launch of my own political party to serve the interests of Punjab and its people, including our farmers who’ve been fighting for their survival for over a year,” read a tweet by Raveen Thukral, Amarinder Singh’s media advisor.

“Hopeful of a seat arrangement with the BJP in 2022 Punjab Assembly polls if farmers’ protest is resolved in farmers’ interest. Also looking at alliance with like-minded parties such as breakaway Akali groups, particularly Dhindsa and Brahmpura factions,” he added.

‘Hopeful of a seat arrangement with @BJP4India in 2022 Punjab Assembly polls if #FarmersProtest is resolved in farmers’ interest. Also looking at alliance with like-minded parties such as breakaway Akali groups, particularly Dhindsa & Brahmpura factions’: @capt_amarinder 2/3 https://t.co/rkYhk4aE9Y

Captain Amarinder Singh had resigned as Chief Minister on September 18 and had told the media that the Congress leadership had let him down. He was also unhappy with the Congress party after it appointed Navjot Sidhu as its Punjab Chief. He took a dig at Sidhu over his resignation, saying he is not a stable man. Sidhu was made PCC chief by Congress leadership in July to stem infighting in Punjab Congress ahead of next year’s assembly polls but the party is now grappling with a fresh crisis.

Later, in an official statement, he said that he had no intention of continuing in the Congress, and said that his affiliation with the party was going downhill with senior leaders being completely ignored and not given a voice in the party.

Notably, Navjot Singh Sidhu tendered his resignation from the post a few weeks ago. Sidhu had in July taken over as the President of Punjab Congress, leading to a clash between him and the then state Chief Minister Captain Amarinder Singh.

A series of resignations poured in after Sidhu’s resignation. A minister and three Congress leaders, considered close to Sidhu, stepped down from their posts delivering a big blow to the Congress high command that was hoping to resolve the tussle between Sidhu and captain Amarinder Singh after Navjot was appointed as Punjab Congress president ahead of the Assembly elections early next year.