Fuel prices hiked again; diesel above Rs 99 from Srinagar to…

5% GST on roti but 18% on paratha? Gujarat AAR explains why

Whats Next In Myanmar

Amit Shah on 3-day visit to Jammu and Kashmir starting today, first after abrogation of Article 370 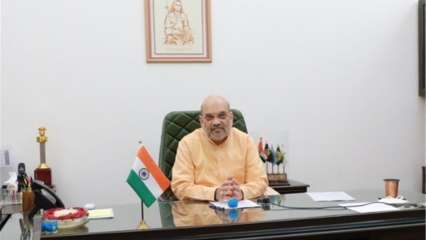 Union Home Minister Amit Shah will begin his three-day visit to Jammu and Kashmir today (October 23) for the first time after the abrogation of Article 370 to review security-related projects in Srinagar.

“Amit Shah will review security and development related projects in Srinagar on Saturday and he will likely hold a public rally in Jammu on Sunday,” a senior police official said.

The Union Home Minister will also inaugurate the first direct international flight between Jammu and Kashmir’s Srinagar and Sharjah in UAE on Saturday.

Ahead of Home Minister’s visit to the Union Territory, several traffic restrictions have been imposed in Srinagar including those driving two-wheelers subjected to intensive security checks.

In addition, a total of 50 Central Reserve Police Force (CRPF) teams have been deployed to Jammu and Kashmir for security purposes.

Recently, after the killings of non-locals in Jammu and Kashmir around 700 people have been detained in the Union Territory, a few under the stringent Public Safety Act (PSA), police officials informed.

Meanwhile, a total of 26 detainees are being shifted to the Central Jail of Agra from Jammu and Kashmir under the Public Safety Act 1978. The order has been issued ahead of Shah’s three-day visit to the union territory beginning Saturday.