India To Buy Sukhois, Migs Amidst Stand-Off With China

Vietnam Timely-Act Lessons For All In Covid Times

Can India’s proposed semiconductor deal with Taiwan be a…

Anand Giri was trying to takeover Noida ashram, had absconded with Rs 15 lakh

The death of Mahant Narendra Giri, president of Akhil Bharatiya Akhara Parishad, is yet to be solved. In the suicide note recovered from the Mahant’s room, the name of Anand Giri is written and Narendra Giri has also accused Anand of blackmailing him in the note. This is not the first time that Anand Giri has been involved in a controversy. There have been several old cases when Anand Giri remained in the headlines.

On June 13, 2020, Anand Giri reached the Brahmachari Kuti Ashram located in Sector 82, Noida, along with his companions. Here, he tried to take over the ashram. But, when he failed, he along with his aides left on June 16. Maharaj had also complained about this to the Noida Police, but the police neither registered an FIR nor took any action.

Adishree Brahmachari Kuti Ashram situated in Sector 82 of Noida is several decades old. It is being said that this 200-year-old ashram is being looked after by Mahant Om Bharti Ji Maharaj who is currently in Prayagraj. Pintu Maharaj, a disciple of Om Bharti Ji Maharaj, has made a serious allegation that Anand Giri wanted to take over the ashram of Noida.

On 13 June 2020, Mahant Om Bharti was in Bodh Gaya and during that time, the lockdown was imposed. Taking this opportunity, Anand Giri reached the ashram with his aides and forcibly became the mahant. When Om Bharti complained to Akhara Parishad President Narendra Giri, then on June 16, 2020, Anand Giri left the premises. But while leaving, Giri ran away with the DVR of the Ashram’s CCTV, necessary documents and Rs 15 lakh.

Even though the people of the ashram had also informed the local police station but no action was taken. Pintu Maharaj alleges that the police neither registered an FIR nor took any action.  Om Bharti Maharaj was looking after the ashram for many years and not only in the surrounding area but even the administration was aware of him. After this, Anand Giri also felt that he wouldn’t succeed and decided to go back. 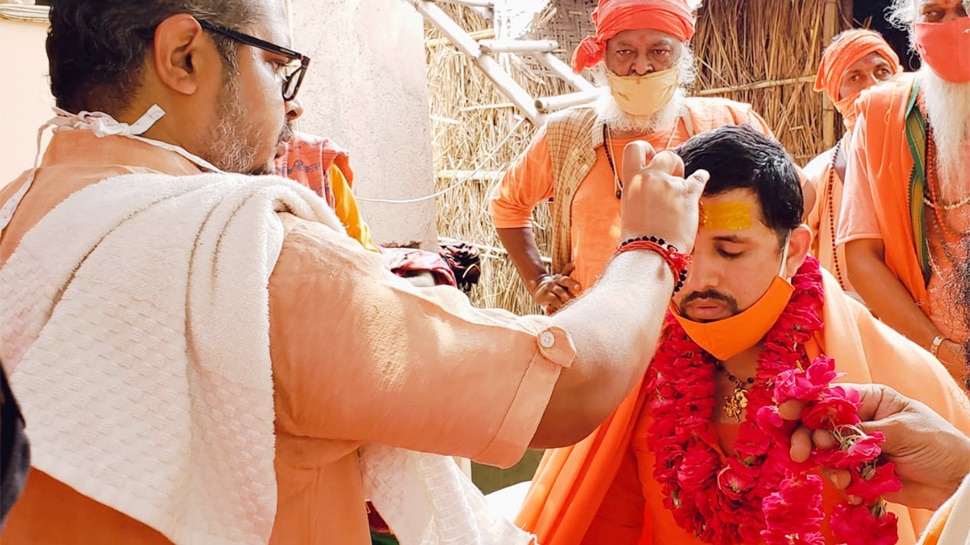 At present, Anand Giri and Aadhya Tiwari have been sent to judicial custody for 14 days after their names appeared in the suicide note. UP SIT is investigating the whole matter so that the truth of Mahant Narendra Giri’s death can come to the fore.

Museum coming up at Kaziranga National Park, 94 rhino horns to be on display: Assam CM

Elephants dies of poisoning in Udalguri