Chinese Buy Out Top Medical Journals to Cover Up 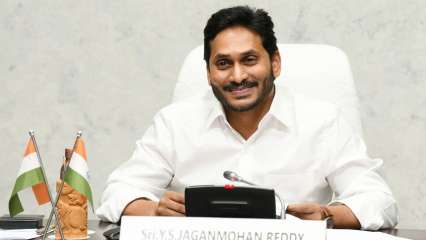 In a welcome initiative, the Andhra Pradesh government will provide sanitary napkins to adolescent girls studying in government educational institutions free of cost.

“One should not shy away from talking about menstruation. We need to create more awareness among female students and educate them on safe practices,” the Chief Minister observed on the occasion.

According to officials, the state government is introducing the programme keeping in view the health and hygiene of women and adolescent girls. Under this initiative, 10 sanitary napkins will be given every month to about 10 lakh adolescent girls studying from 7-12th class in all government schools and intermediate colleges across the state.

This initiative is also intended to reduce the absenteeism of girl students during menstruation and prioritise their hygiene and health.

Once in every two months, the officials will visit the schools and distribute napkins to girl students studying in 10,388 schools and colleges across the state.

In addition, the government, in partnership with UNICEF, WASH and P&G, will be conducting special awareness classes on menstruation and the importance of health and hygiene.

According to Water Supply and Sanitation Collaborative Council, almost 23 per cent of girls in India drop out of school due to lack of access to sanitary napkins, lack of proper facilities in schools and colleges, including basic amenities like running water in toilets and lack of disposal facilities. Similarly, National Family Health Survey – 4 (2015–16) stated that only 56 per cent of women aged between 15-24 years use sanitary napkins, whereas in National Family Health Survey – 5 (2019–20), it was found that the number increased to 69 per cent.

On International Women’s Day on 8 March this year, the State government had brought the Sweccha programme under the purview of the Ministry of Women and Child Welfare to create awareness on menstrual hygiene.

Also, quality sanitary napkins at affordable prices will be made available in all YSR Cheyutha stores for women in urban and rural areas.