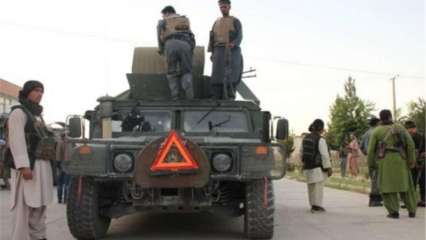 The situation in Afghanistan has grown tense and disturbed ever since the Taliban has assumed control of the nation, while the country’s government has backed off. In recent developments in the country, many citizens held a protest against the neighbouring country Pakistan.

As per the video posted by a local media channel, over 70 people showed up at the Pakistani embassy in Kabul, chanting slogans and holding against the neighbouring country. The protestors were also heard chanting the slogan ‘Pakistan, Pakistan, leave Afghanistan’ during their demonstration.

To disperse the gathering of people and break up the protests against Pakistan, the Taliban fired shots into the air. It has been reported that the Taliban has open fire on a group of protestors who were a part of the anti-Pakistan rally, and were travelling towards the ARG and Kabul Serene Hotel, where the Pakistan ISI director is residing currently.

The group of protestors, mostly consisting of burqa-clad women, was chanting against the Pakistan ISI, after which the Taliban open fire on the protesters. No casualties from the incident have been reported yet.

The angered mob was heard chanting slogans like ‘death to Pakistan’ and ‘azaadi, azaadi’ in the videos uploaded by the local media channels. In another video shared, a woman from Afghanistan said, “No one has the right to invade Panjshir, neither Pakistan nor Taliban.”

On Monday, the Taliban claimed that they have captured the valley of Panjshir after defeating the resistance forces from the area. The NRFA, on the other hand, has denied these claims.

Vikram Phukan’s Dry Ice to be premiered on Sept 10