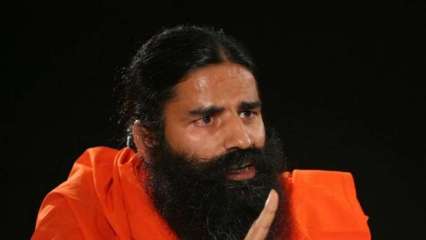 Yoga guru Baba Ramdev on Saturday, ahead of the India-Pakistan T20 World Cup 2021 match, said that the game is against national interest and added that “Rashtradharma” as the “game of cricket and the game of terror cannot be played at the same time”.

“I feel that the cricket match under such a situation is against ‘Rashtradharma’ and not in the interest of the nation. The game of cricket and the game of terror cannot be played at the same time,” he said, talking about Sunday’s match.

His remarks came amid the ongoing anti-terror operation in Jammu and Kashmir in which several Army personnel have died and at least 11 civilians have been killed in the valley over the past two weeks.

The Patanjali founder further talked about the ongoing drug nexus in Bollywood. Speaking to reporters at the Nagpur airport, “The way drug addiction is glamorised and the celebrities who are regarded as role models, ideals or icons by the people are seen involved in this conspiracy is a wrong inspiration to the people,” the Yoga guru said. Baba Ramdev added that the film industry should clear this mess.

Further speaking on the rising petrol prices, the Yoga guru said that he had suggested that the fuel price should be in line with the prices of crude oil and proposed lower taxation.

He said, “The government has to continue with welfare programmes of the national interest and it has to also handle various financial challenges. Because of these factors, the government is not able to reduce taxes. However, someday this dream will come true.”