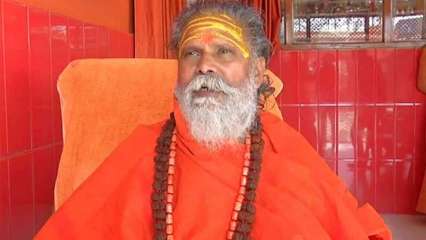 After the death of Mahant Narendra Giri, Mahant Balbir Giri at 35 will become the youngest head of the Akhil Bhartiya Akhara Parishad. His appointment as the next head of Baghambari Math was decided by the office bearers of Shri Panchayati Akhara Niranjani.

The position fell vacant after Mahant Narendra Giri, who died on September 20.

Balbir Giri, who was the most trusted disciple of Narendra Giri for the last 15 years,  will be formally anointed on October 5 at a coronation ceremony after he will get approval for all the major decisions pertaining to Math by a five-member administrative body.

The 35-year-old had left his family in Uttarakhand in 2005 to take sanyas and was given ‘diksha’ by Narendra Giri in Haridwar. He looks after the Bilkeshwar Mahadev temple in Haridwar.

According to news agency IANS, Balbir and Anand Giri became disciples of Mahant Narendra Giri at the same time almost and the two got along well. However, after differences appeared between Narendra Giri and Anand Giri, Balbir remained loyal to the former. He became number two when Anand Giri was expelled from akhara and math in May this year.

Balbir Giri is also the deputy mahant of Niranjani Akhara and he spends most of his time at the Bilkeshwar Mahadev temple.

This should be noted that Narendra Giri changed his will again in 2020 and named Balbir as his successor.

Mahant Ravindra Puri, the general secretary of Niranjani Akhara,  said, “As desired by Maharaj Ji (Narendra Giri) in his last will, we have named Balbir Giri as his successor. He had also mentioned his decision in the suicide note and we have seen it in the video recorded by Maharaj Ji before committing suicide.”