India On The Wrong Side Of History With Myanmar !

Beware! Mumbai could drown by 2100, other cities also at risk 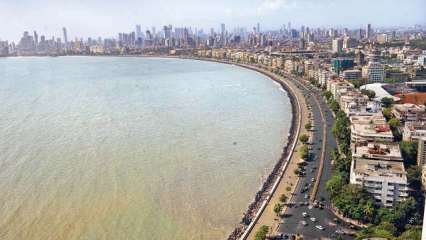 Climate change is taking place all across the globe and everyday reports let us know how the risk of global warming is increasing due to ever-increasing pollution. This is causing the sea level to rise. A recent report revealed claimed that if such a scenario continues, 50 cities in Asia, including Mumbai, will be submerged in the sea. The others to be affected will include cities in India, China, Indonesia, Bangladesh and Vietnam.

China, India, Bangladesh, Vietnam and Indonesia are at the forefront of building coal-based power plants globally and also have a huge population. Scientists, therefore, fear that global warming could have the worst impact on these countries. In addition to these countries, Australia and Antarctica may suffer huge losses. Not only that, many island countries will be destroyed due to global warming.

Climatecentral.org, a website that conducts a study on climate, revealed in a recent study that rising sea levels in a country in the high tide zone around the world will affect 15 per cent of the population. In addition, the map of the world will change between the next 200 years and 2000 years. The study also says that there are about 184 places around the world where rising sea levels will have a direct impact, this includes Mumbai.

Earlier, a climate report released by the Intergovernmental Panel on Climate Change (IPCC) said that in 79 years i.e. in 2100, 12 coastal cities in India will be submerged in about 3 feet water. These cities include Chennai, Kochi, Bhavnagar and Mumbai. US space agency NASA has created a Sea level Projection Tool based on this report by IPCC.

US to accept travellers inoculated with mixed COVID-19 vaccine doses