Whats Next In Myanmar

All For Insulting Thai King

A Vicious Circle: How Climate Change Increased The Need For… 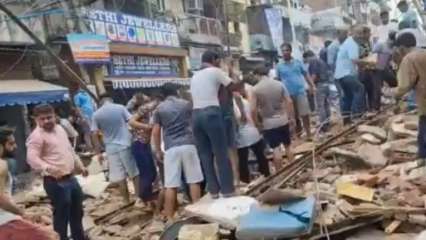 Delhi: A building situated in the Sabzi Mandi area of the capital city completely collapsed on Monday, September 13. Several people are feared trapped inside the rubble. A car was also crushed due to the debri falling down from the building. Locals have gathered at the location of the accident.

Building collapses in North #Delhi‘s Sabzi Mandi Area. 2 people have been rescued as of now. pic.twitter.com/RtUkPQ2s5U

The collapse structure was a 4-storey building. Delhi Fire Service has reportedly sent five fire tenders to the site of the collapse. One person has reportedly been rescued from the spot and taken for first aid to a nearby hospital.

This is a developing story. More details are awaited.