Back to WUHAN – 76 days after Lockdown

China rattled ahead of first in-person Quad meet in US 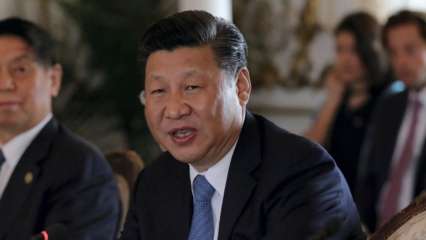 Prime Minister Narendra Modi is on a three-day visit to America. At the invitation of US President Joe Biden, PM Modi and his counterparts Scott Morrison of Australia and Yoshihide Suga of Japan will attend the first-ever Quad Summit at the White House on Friday in the US capital. The eyes of the world are on the meeting of PM Modi and President Joe Biden, while China is rattled by it.

China on Friday criticized the grouping ahead of the QUAD summit between the leaders of the US, India, Japan and Australia in Washington, saying that the formation of this “special closed group” was against the trend of the times and it will “not get any support”. This is the first in-person meeting between the leaders of the Quad countries. When asked about China’s reaction to the Quad summit, Chinese Foreign Ministry spokesman Zhao Lijian said the grouping of four countries should not target any other country and its interests.

“China always believes that any regional cooperation mechanism should not target a third party or harm its interests. Seeking exclusive closed cliques against a third country runs against the trend of the times and aspiration of countries in the region. It will find no support,” Zhao Lijian said.

Defending Chinese claims in the South China Sea, he said, “China is a builder of world peace, contributor of global development and upholder of world order. The growth of China means the growth for peace and stability in the world and China’s contribution to peace, stability and development in the Asia Pacific is therefore all to see.”

He added that “relevant countries should do more that is conducive to solidarity and cooperation with the four countries in the region.”

Maharashtra government to open religious places for devotees from October 7