India To Become Fifth-Largest Economy In 2025 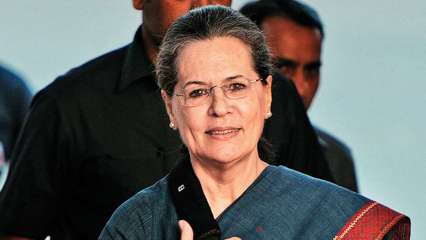 The Congress central leadership is likely to finalise the name of the next Punjab Chief Minister by tonight or Sunday morning, party sources said on Saturday. Sources said All India Congress Committee (AICC) observers will stay in Chandigharh till the next Chief Minister is finalised.

The Congress Legislature Party meeting had earlier in the day passed a resolution authorising Congress president Sonia Gandhi to take a decision on the new Chief Minister. Capt Amarinder Singh resigned as Chief Minister ahead of the CLP meeting and expressed his unhappiness over the way the situation had been handled by the party leadership.

The sources further said former state Congress chief Sunil Jakhar is being seen as the frontrunner for the post and other names doing the rounds include former union minister Ambika Soni and Punjab Minister Vijay Inder Singla.

“But Congress will not contest next Assembly polls under the new Chief Minister`s leadership,” a source said.Punjab is slated to go to the polls early next year. Captain Amarinder Singh on Saturday resigned as Chief citing continued humiliation by the Congress leadership over the past two months.

The Chief Minister made it clear that he would explore and exercise his future options when the time comes.Captain Amarinder Singh said he would decide his future political course of action in consultation with his supporters who have stood by him for over five decades.

“There is always an option, and I will use that option when the time comes…at the moment I am still in Congress,” he said after submitting his resignation.”I was humiliated three times by the Congress leadership in the past two months…they called the MLAs to Delhi twice and now convened CLP here in Chandigarh today,” said Amarinder Singh, adding that he had decided and informed Congress president Sonia Gandhi in the morning that he would resign.