Lawmakers introduce bill in US Congress to declare Diwali as… 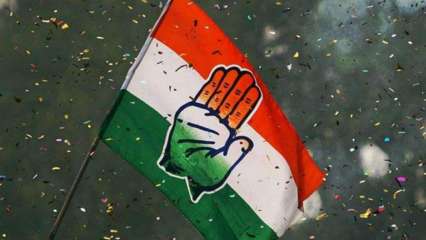 This will be the first in-person meeting of the CWC after the COVID-19 pandemic broke out last year. The meet would be attended by the CWC members, permanent invitees, and special invitees of the committee along with the chief ministers of the Congress-ruled states.

Confirming his participation at the CWC meeting, Chhattisgarh Chief Minister Bhupesh Baghel said, “I am going to attend Congress Working Committee meeting on Saturday, wherein upcoming Assembly elections, as well as organisational elections, will be discussed.

Saturday’s meeting is crucial as the CWC will discuss organisational polls, a long pending demand of G-23 leaders. Recently Gulam Nabi Azad, a G-23 member had written a letter to Congress interim president Sonia Gandhi to call an urgent meet of the CWC.

Another member of the group, Kapil Sibbal courted controversy after he held a press conference in September where he said, “In our party, there is no president so we don’t know who is taking these decisions. We know and yet we don’t know.” Later, Congress workers protested outside his residence in the national capital. AICC General Secretary Ajay Maken had said that Sibal should not be degrading the organisation that gave him an identity. In the last CWC meeting, it was decided to postpone the internal polls in wake of the second wave of COVID-19. However, no timeline was given about the schedule of these polls.

A senior Congress functionary had earlier said as the Assembly polls in five important States are due in few months, it is likely that internal polls will be postponed till then but the final decision will be taken with the consensus of all CWC members. Youth Congress, NSUI, Mahila Congress and Social Media’s National Executives have passed resolutions to make Rahul Gandhi, the Congress president. On the questions of Rahul Gandhi as Congress chief, G-23 leaders have said that the party should have a “full-time President”.Sonia Gandhi was made interim president by CWC after Rahul Gandhi stepped down as the President of AICC accepting the responsibility of poll debacle in the 2019 Lok Sabha elections.