Delhi to face 40% shortage of liquor from October 1, here’s why 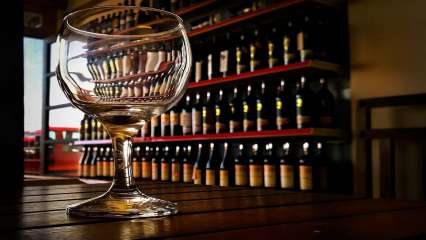 As the new excise policy is implemented in the national capital, all private liquor shops in Delhi will be shut down for one-and-half months from October 1. This is because businesses will have to do a transition to a new excise regime as per policy change by the Delhi government.

All the 850 liquor vends, including 260 outlets run privately have been given to private firms through open tender, as per the new liquor policy. The new license holders will start the retail sale of liquor from November 17. However, state-run liquor shops will remain open during this period.

Delhi government wants to ensure equitable distribution across the city by dividing the liquor shops into 32 zones.

As per the new policy, 8-10 wards have been included in a zone and there will be about 27 liquor shops in each zone.

From November 17 retailers will be free to fix the selling price in a competitive environment instead of selling liquor at MRP rates.

The maximum retail price (MRP) will be decided by the Excise Commissioner through a consultative mechanism.

The Delhi government is expected to get revenue of about Rs 10 thousand crores from the bidding of liquor shops.

The age of selling or serving liquor should be commensurate with that of neighbouring states, where the legal drinking age is 21 years.

Liquor shops should have good lighting and glass doors with air condition. There will be CCTV cameras installed outside and inside.

The new excise policy states that the licensee will have to make adequate security arrangements and will be responsible to maintain order.

Now long queues or overcrowding of customers will not be allowed outside the shops and retail liquor sellers have to provide good facilities.

Retail shops of country and foreign liquor can be opened anywhere in any market, mall, commercial area, local shopping complex.

Under the new excise policy, the Delhi government has issued tenders for the L-7V license for 32 areas.

WHO may decide on Covaxin emergency usage by October

Delhi government extends validity of DL, RC till THIS date