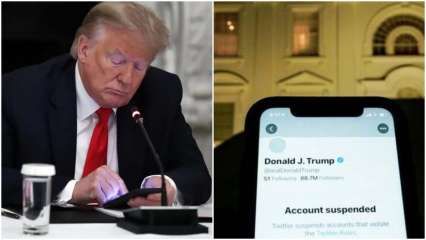 After Twitter banned the social media account of the Former US President Donald Trump in January this year citing ‘risk of further incitement of violence’ following a pro-Trump mob breaching the US Capitol, he announced plans to launch his own social networking platform on Wednesday.

The app is expected to rollout across the US in the first quarter of next year, with a beta version being launched next month.

Donald Trump‘s social networking platform called ‘TRUTH Social’ is expected to begin its beta launch for ‘invited guests’ next month. The long-awaited platform will be owned by Trump Media and Technology Group (TMTG). “I’m excited to soon begin sharing my thoughts on TRUTH Social and to fight back against big tech,” Trump said in a statement.

The name TRUTH Social was trademarked by Trump Group Corp in July 2021, according to public filings. Since being expelled from social media, Donald Trump sought to restore his voice online in various ways. In July, Donald Trump sued Facebook, Twitter and Google for allegedly censoring him.

Delhi’s air quality dips from ‘good’ to ‘poor’ in 48 hours, stubble burning on the rise