Covid- an Indian list of claims fact-checked by BBC

NCB under scanner as same panch witness used in five… 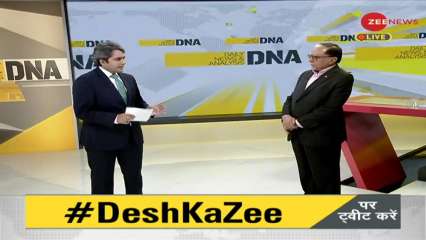 In today’s DNA show, Dr Subhash Chandra, the founder of Zee Entertainment Enterprises Limited (ZEEL), spoke to Zee News Editor-in-Chief Sudhir Chaudhary on the most popular news programme DNA on the matter of ZEEL and Invesco. Dr Chandra answered Sudhir Chaudhary’s questions openly and appealed to the country not to let the country’s own channel, the only nationalist channel, go into the hands of foreign companies.

Dr Chandra stressed that Invesco should resolve the whole matter peacefully, saying that he doesn’t want any fracas with the investor.

He added that if Invesco wants to fight, he will fight back. “I will fight back not because I have some financial gains, but I’ll feel satisfied that I am honest with 90 crore viewers of ZEE,” Dr Chandra said.

He has given an open challenge to the conspirators of Zee TV’s takeover, saying that the law and people of India will not let anyone take over the company.

“If they want to take over this company (ZEEL), it is not possible legally. Foreign investors will also have to comply with the law of the land,” he said.

He also said that Invesco is a shareholder in the company so it should stop acting like an owner. “This is not my channel, this channel is not of Invesco, this channel belongs to 2.5 lakh shareholders of the country. It was attacked by foreigners in 1994 also, at that time I was offered 500 million dollars by a foreign company. I told that company at that time also, India is not for sale. Even today, such a situation seems to be being created, so I say that Invesco is a shareholder, it is not an owner. They should behave like shareholder and not like owner. Those 2.5 shareholders, 90 crore viewers, let them decide,” Dr Chandra said.

Expressing faith in people, Dr Chandra said, “I know you (the viewers) have got my back. I assure you, if you are with us, we will not let a foreign company take over. This company is not the personal property of anyone. It belongs to the people.”