Who Rises After Pandemic 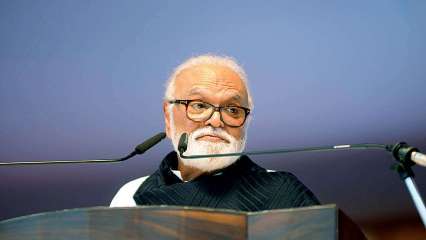 The ongoing Mumbai cruise drug case has attracted a lot of attention because of the involvement of Bollywood actor Shah Rukh Khan’s son Aryan Khan. Apart from public attention, the case has also sprung about a political debate in Maharashtra.

While talking about the case, Maharashtra Minister Chhagan Bhujbal has mocked the ruling BJP over handling the case. The senior minister has said that if Shah Rukh Khan was a part of the saffron party, then the drugs would have become sugar powder.

He further talked about how a major consignment of drugs was seized from the Mundra Port in Gujarat, but instead of probing further in that case, the Narcotics Control Bureau, which is a Central agency, has been hounding the Bollywood superstar.

The senior Nationalist Congress Party (NCP) leader, while talking about the case, said, “Drugs will become sugar powder if Shah Rukh Khan joins the BJP.” Bhujbal made these comments while speaking at a Samta Parishad-NCP function in Beed.

While taking another dig at BJP, Chhagan Bhujbal further said that the Maharashtra government had got an ordinance passed on OBC quota but a BJP functionary had challenged it in court. He questioned the Centre’s intentions when it came to empowering the Other Backward Classes.

Bollywood superstar Shah Rukh Khan’s son Aryan Khan was arrested by the NCB in relation to the drug bust which was made on a cruise ship in Mumbai during a party, where Khan was an attendee. Khan was arrested on October 3, along with seven others, and was accused of consumption and ‘conspiracy’, among other charges.

Blanket ban on crackers in Assam this Diwali