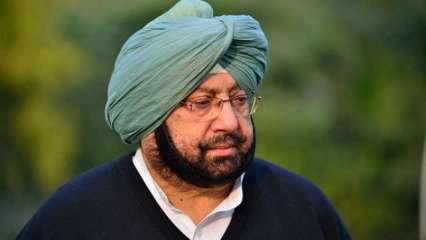 Days after Captain Amarinder Singh resigned as Chief Minister of Punjab, sources told Zee News on Tuesday that he is likely to join the Bharatiya Janata Party (BJP). This speculation comes amid his scheduled trip to Delhi today.

Union Minister Ramdas Athawale had extended an invitation to Captain Singh to join the National Democratic Alliance (NDA) and said he should quit Congress which humiliated him.  Speaking to ANI, Athawale had said that Singh can be of good use to bring the NDA to power in Punjab after the Assembly polls next year. “I would like to ask Captain Amarinder Singh what is the use of staying in a party which has humiliated you. I request him to leave the Congress party and join the NDA led by Narendra Modi,” he said.

Capt Amarinder Singh resigned as the Chief Minister of Punjab after meeting Punjab Governor, Banwarilal Purohit on September 18 and submitted his council of ministers’ resignation as well.

The feud began when in July, the Congress party appointed Navjot Sidhu as its Punjab Chief even though Captain Amarinder Singh was not happy with the decision. Following this, in August, four ministers and approximately two dozen party legislators raised complaints against Amarinder Singh which pointed out a fact that they did not believe in him anymore.

Not only, Amarinder Singh, but all nationalist forces in Punjab should join hands “to defeat the gameplan of the Congress”, Vij had said.