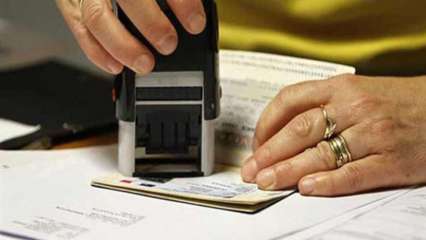 A new bill in the United States, if enacted into legislation, will benefit millions of immigrants stuck in limbo for years in the employment-based Green Card backlog. This includes a significant number of Indians.

Such individuals can expect for legal permanent resident status in States by paying an additional fee.

A Green Card, also known as a Permanent Resident Card, is a document issued to foreigners as proof that they have been authorized the right to live legally in the United States.

If included in the settlement agreement and signed into law, the proposal is expected to benefit many Indian IT employees who are now placed in a long line for a Green Card. The legalisation plan would allow unauthorized people who arrived to the US as kids, farmworkers, and other pandemic-era key employees to seek full US residency, or green cards, according to a report by a US TV news channel.

Immigration is under the authority of the US House of Representatives Judiciary Committee.

By paying a “supplemental fee of USD 5,000,” an employee immigrant candidate with a “priority date of more than 2 years before” can adapt to fixed resident status without restrictions.

For the EB-5 (immigrant investors) category, the charge is USD 50,000. According to the committee statement, the provisions would expire in 2031.

The provisions would have to pass the Judiciary Committee, the House of Representatives, and the Senate before it became official, as well as be approved by the president.

If an applicant’s priority date is not within two years, there will an extra charge is USD 1,500. The bill makes no permanent modifications to the legal immigration system’s foundation. Proposals include removing nation limits on green cards and raising annual H-1B visa quotas.

The H-1B visa’s transitory status causes recipients to live in a condition of ongoing insecurity. It prohibits them from opportunities like becoming entrepreneurs or owning houses.

The majority of workers in the employment-based Green Card gap are already in the country on temporary non-citizen visas like the H-1B visa for employees in special occupations.

According to legislators, this barrier is preventing some of the world’s most accomplished people from securely settling in the United States. They estimate that 200,000 people will die before establishing legal residency status.

Over 1500 Myanmar nationals entered into India in Mizoram, claims reports