Heavy rainfall likely in THESE states, Orange alert issued by IMD for Kerala 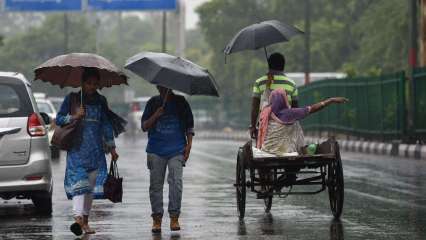 The India Meteorological Department (IMD) on Saturday predicted very heavy rainfall to heavy rainfall in isolated areas of Maharashtra, Tamil Nadu, Karnataka and some other states in the next few days. The IMD has also issued orange alert for seven districts in Kerala.

Take a look at list of states/union territory which are expected to receive rainfall next week:

– Karnataka: Isolated heavy falls over coastal Karnataka during October 11-13 and over north interior Karnataka on October 10, 12 and 13.

It is to be noted that “normal” rainfall was received by the country during the four-month Southwest Monsoon season from June to September. All India monsoon rainfall during June 1 to September 30 has been 87 cm against the Long Period Average of 88 cm of 1961-2010. It may be recalled that rainfall was above normal in 2019 and 2020. The total rainfall over the country was 110 per cent in June, 93 and 76 per cent in July and August respe