Bomma Satya Prasad’s Compassion and Kindness Has Brought a… 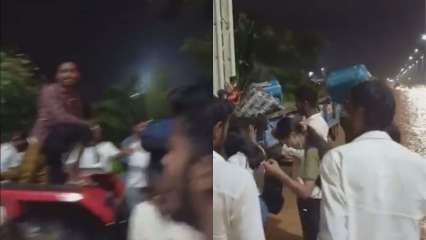 One man died in Bengaluru as heavy downpours lashed Karnataka’s capital. Heavy rains battered the city, bringing the state capital to a standstill, waterlogging a few areas, and flooding the Kempegowda International Airport.

See the passengers taking tractor rides to reach the airport:

The Deputy Commissioner of Police, Dr Sanjeev M Patil said that a man was killed due to a short circuit in a house that was flooded in Konappana Agrahara limits of Bengaluru, quoted news agency ANI. Patil added, “There were two people in the house, the 2nd person managed to escape unhurt.”

Here’s how netizens reacted to the flooding of Bengaluru airport and waterlogged streets in the city: