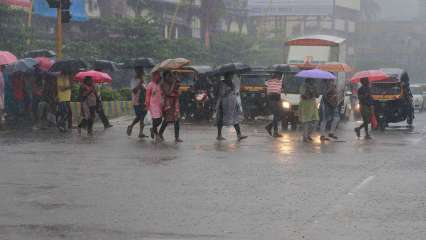 The Indian Meteorological Department (IMD) has issued a weather forecast for the next few days ahead, issuing a multi-hazard warning in several states in southern India. The IMD has predicted heavy rainfall in prominent parts of India, such as Bengaluru and Kerala.

IMD has also issued a yellow warning for several areas in Bengaluru, namely Tumkur, Shivamogga, Chikkaballapura, Chikkamagaluru Ramanagara, Kolar, Kodagu Belagavi, Bagalkot, Gadag, and Vijaypura. The alert has been issued for October 11 and 12, and the city is set to receive heavy rains during this time. The coastal areas of Karnataka are also set to receive heavy rains till October 15.

The IMD has issued a multi-hazard warning in southern India for the next five days. It also uploaded a detailed map with weather predictions for certain areas for the next couple of days. According to this, Maharashtra, Tamil Nadu, and Karnataka will witness moderate to heavy rains in the next few days.

In its tweet, the IMD said, “A cyclonic circulation lies over north Andaman Sea & neighbourhood and extends upto mid tropospheric level. Under its influence, a Low Pressure Area is very likely to form over the same region during the next 36 hours. It is likely to become more marked and move westnorthwestwards.”