Chinese Growth Back On Track

IMD predicts heavy rainfall, thunderstorms in THESE states till October 31 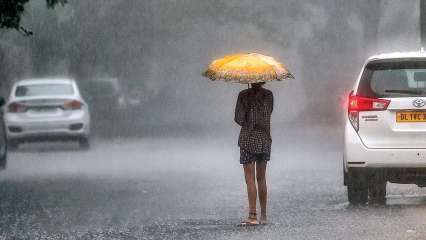 Heavy rains took over several parts of the country earlier this month, wreaking havoc in parts of Kerala, Uttarakhand, and Jammu and Kashmir. These untimely rains are likely to continue throughout this week in several southern states of India.

The India Meteorological Department (IMD) has said that a low-pressure area has been formed around the southern part of the Bay of Bengal, which is likely to move towards the coast of Tamil Nadu in the next few days, causing unprecedented weather conditions.

As per the IMD, moderate to heavy rains, along with a possibility of thunderstorms, will occur in parts of Tamil Nadu and Puducherry for the rest of this week, till October 31. The agency further added that the low-pressure area is likely to move westward in the upcoming week.

As per regional weather departments, rains were experienced in parts of Karnataka, Tamil Nadu, and Puducherry on October 27. This phenomenon is likely to continue till October 31, with rains set to lash parts of Andhra Pradesh as well.

The IMD states that several areas of Tamil Nadu such as the Ramanathapuram, Tirunelveli, Kanyakumari, Thoothukudi, Mayiladuthurai, and Nagapattinam districts, along with coastal areas of Kerala and Andhra Pradesh will be receiving isolated rains today, October 28.

The rains are likely to extend over Karnataka and Puducherry in the next one or two days, as per the weather agency. Heavy to very heavy rains are expected in the coastal regions of Andhra Pradesh such as the Yanam district.

Until last week, heavy rains were being experienced in northern states of India such as Uttarakhand, Himachal Pradesh, Jammu and Kashmir, Delhi, and Uttar Pradesh. The rains in Uttarakhand proved to be deadly for over 70 people, with dozens of more people missing.

Small LPG cylinders, other financial services could soon be available at ration shops