Myanmar national among 4 held with heroin worth Rs 19.60…

Non-filers of monthly GST return to be barred from filing…

Off-campus hiring could become norm for IT companies 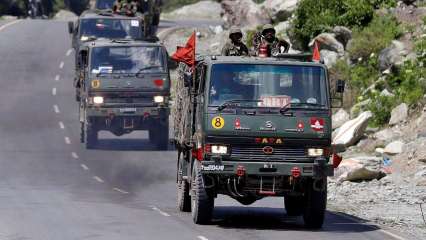 The 13th round of military talks between India and China will take place tomorrow in Moldo at 10:30 am. They will be discussing the resolution of friction points at Hot Springs along the Line of Actual Control (LAC) in eastern Ladakh.

Preparations have been made from officials of both sides in order to push for disengagement in the remaining friction points. As per the military sources, disengagement in Hot Springs and some other areas are expected to be discussed at the next round of Corps Commander-level talks. “A clarity on the date and venue for the talks is expected in the next three-four days,” said a source.

Meanwhile,  Army Chief Gen MM Naravane had done a comprehensive review of the area in his two-day visit to Eastern Ladakh. He had stated that the Indian soldiers are fully ready in every possible way to deal with any eventuality in eastern Ladakh.

“I always try to go to the forward areas so that I can see for myself the situation. I am very happy that our soldiers are fully ready in every possible way,” said Gen Naravane.

On the other hand, the Army now has also deployed its K9-Vajra 155mm howitzer in the eastern part of Ladakh to further boost its combat capabilities.

The India-China standoff took place on May 5, 2020, in eastern Ladakh following a violent clash in the Pangong lake area.