Gutkha, Pan Masala banned in this state for one year 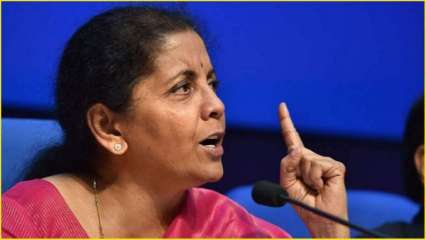 India is looking at registering double-digit growth this year, said Finance Minister Nirmala Sitharaman, adding that the nation will be one of the fastest-growing economies. Meanwhile, the economic growth next year will be in the range of 7.5-8.5 percent that will be sustained for the next decade, Sitharaman said.

“As regards the growth of India, we are looking at near close to double-digit growth this year and this would be the highest in the world. And for the next year, on the basis of this year, (the) growth would definitely be somewhere in the range of eight (percent),” the Finance Minister said yesterday, (October 12) during a conversation at Harvard Kennedy School.

The Ministry of Finance has not done any assessment about the nation’s growing number yet, Sitharaman said, and that added that the projections of growth number for India have been made by the World Bank, the International Monetary Fund (IMF), and rating agencies

Sitharaman said, “The next year would also be somewhere in the range of eight to nine (percent), 7.5 to 8.5 (percent) would be the growth..”

“I expect that to be sustained for the next decade because of the rate at which expansion in core industries is happening, the rate at which services are growing, I don’t see a reason for India to be any way lesser than in the next coming decades.”

She added, on the basis of the data, “I can say that India’s growth this year will be the highest in the world, of course, based on a lower base of last year, but that will continue into the next year. And even there, we will be one of the fastest-growing economies.”

Some other nations in the emerging market areas will also record high growth rates, the Finance Minister added.

The City of London Hides The World’s Stolen Money

Indian Envoy to US Taranjit Sandhu