Who is Mullah Abdul Ghani Baradar, Taliban co-founder who is… 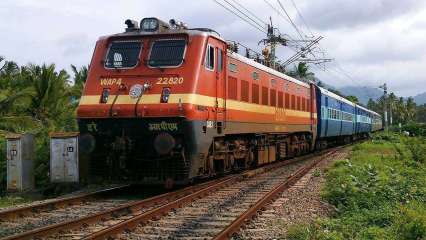 With India unlocking, Indian Railways has also decided to resume proper services which were temporarily shut due to the coronavirus pandemic. With this, the administration has decided to remove ‘zero’ from the train numbers.

There’s some good news as well for the passengers travelling from trains, which is that the fare policy in the Railways is now going to come back on track. Since the temporary shut down, the timetable of trains has been stuck for almost two years now. The administrations have decided to release the new timetable from October 1.

With zeros being removed from the train numbers, the fare of trains will also be reduced. As per reports, the trains are to run on their old normal fare basis. The Railway administration has started preparations regarding the new working timetable.

Even though there is no special occasion, the railways have decided the fares of some special trains in their own way. While select trains have the same normal fare as before.

The Indian Railways has suffered quite a loss during the pandemic and hopes to get back on track with the resumed services. The railways initially was shut down in March 2020 when India was hit by the first wave of the COVID-19 pandemic. It was opened briefly for migrants workers to reach their destinations as soon as possible during the three-month lockdown period.