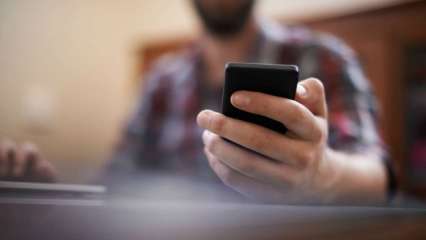 Ahead of a ‘manapanchayat’ called by the farmers to ‘gherao’ the mini-secretariat, the Haryana government has announced that internet services in the Karnal district will remain suspended from 12:30 am on Tuesday. The gherao will be in protest against the police lathicharge against the farmers on August 28.

The internet services will remain suspended till midnight on September 7 to maintain law and order in the district, where Section 144 of the Criminal Procedure Code is already in place, district officials said. Under Section 144 public assemblies are banned.

Addressing reporters here Karnal District Magistrate (DC), Nishant Yadav said, “As a precautionary measure, we have written to the government to suspend the internet service in the district for 24 hours as to maintain law and order situation and Section 144 has been imposed till further orders”.Police have stepped up security in the district and have announced diversions in anticipation of the protest.

“The main National Highway No 44 (Ambala-Delhi) may see some traffic disruptions in Karnal district. Therefore, the general public using NH 44 are advised to avoid journey through Karnal town or otherwise use alternative routes to go to their destination on September 7. All citizens are being informed about these arrangements in advance so that they are able to plan and modify their journey accordingly, to avoid any inconvenience,” Yadav said.

The farmer leaders met with the Karnal administration to discuss the Karnal Mahapanchayat on September 7 and the gherao of the mini secretariat.

After the meeting, Haryana Bharatiya Kisan Union chief Gurnam Singh Charuni said: “No outcome from the meeting with Karnal admin. We will go ahead with our panchayat.”

Karnal District Magistrate Yadav said: “We held talks with farmers. Their main demands were that the farmers who got injured during the lathi-charge at Bastara toll plaza on August 28, should be paid compensation including the farmer who died on August 29 from a heart attack should also be paid compensation by the government. Secondly, demanding registration of an FIR against those officers who had allegedly ordered a lathi charge on agitators,” said Yadav.

“We have informed them that all these people who participated in the protest violated the law as they blocked the National Highway and took the law in their hand and hence no compensation will be given to law violators. Their demand was not justified and no action will be taken against our official. We will not allow them to block the National Highway and gherao mini secretariat tommorow,” added Yadav.

Superintendent of Police (Karnal Range) Ganga Ram Poonia said,” We have deployed 40 companies including 10 companies of paramilitary forces to maintain the law and order situation. Police are fully alert over the gherao call and all security measures have been beefed up to prevent any untoward incident”.

The Samyukta Kisan Morcha, which is heading the farmers’ agitation against three farm laws, has given a call for gherao of the secretariat demanding registration of an FIR against those officers who had allegedly ordered a lathi charge on agitators during their protest against a BJP event in Karnal on August 28.

End game was not something that anybody saw coming: Jaishankar on Afghanistan