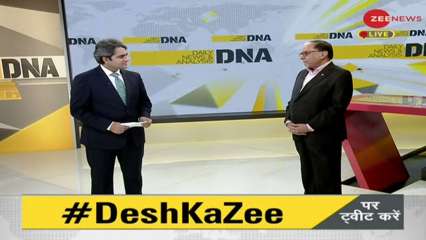 ZEEL-Invesco fiasco: Ever since the announcement of the merger of Sony Pictures (SPNI) with Zee Entertainment (ZEEL), Invesco has been stalling the deal. It is still adamant on replacing the board of Zee Entertainment. This has raised questions on the intention of Invesco. Dr. Subhash Chandra, the founder of ZEEL has said Invesco is a shareholder in ZEEL and not the owner, so it shouldn’t behave like one.

“Invesco is an investor in the company, not the owner. It should not act like an owner. 2.5 lakh shareholders and 90 crore viewers are the owners of ZEEL,” Dr Chandra said.

Earlier in a video statement, Dr. Subhash Chandra, while replying to some media outlets, had said that questions should be asked from Invesco instead of asking ZEEL because Invesco has not adopted any transparency in this whole matter. At the same time, it is also conspiring to obstruct the deal between ZEEL and Sony Pictures. Dr Subhash Chandra said that Invesco should tell all the shareholders in this matter why it wants to change the board. Under whose direction is it working? Let us tell you, the interference of China is visible in this matter.

ZEE has also launched a campaign in this matter. By joining #DeshKaZee, you can also support the first and Indian channel from the country. Notably, Bollywood’s veteran producer-directors have also tweeted in support of ZEE. These include big names like Subhash Ghai, Satish Kaushik, Boney Kapoor, Madhur Bhandarkar.

Some media reports are falsely citing Invesco’s version to take on ZEEL MD & CEO Punit Goenka but in vain. These reports have failed terribly in their mala fide attempt to malign the image of esteemed organisation – ZEEL and its MD & CEO Punit Goenka. The reports lacking truth have fallen flat on the face of their publishers as Dr Subhash Chandra – Founder, Zee Entertainment Enterprises Limited, himself has come forward to clear the air on Invesco, ZEEL and Punit Goenka. The facts-laden statement by Dr Subhash Chandra – Founder, Zee Entertainment Enterprises Limited has now left no room for any confusion and will leave publishers of false and baseless reports red-faced.