BJP To Fight Bengal With No CM Projected 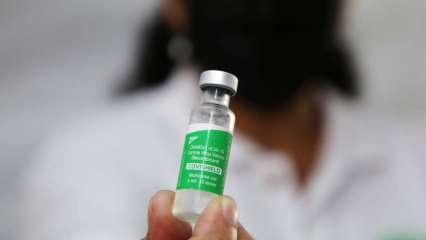 The Indian Embassy in Rome said on Friday that the country has recognised the Covishield vaccine and people who have received the jab are now eligible for a Green Pass. With Italy’s recognition, a total of 19 European Union (EU) nations have given their go-ahead to Covishield.

This is the outcome of a G20 Health Ministers meeting between Union Health Minister Mansukh Mandaviya and his Italian counterpart Roberto Speranza, the Embassy said in a tweet.

“Indian vaccine CardHolders are now eligible for the Green Pass,” it added. Before this, Italy had recognised Comirnaty, Pfizer, Moderna, Vaxzervria, AstraZeneca, and Johnson & Johnson vaccines as valid.

Meanwhile, the vaccine row with the UK continues as it has recognised the jab but a 10-day quarantine has been made mandatory which will come into the effect from October 4.

Terming the present UK travel restrictions as discriminatory, Union Health Secretary Rajesh Bhushan said that “we have the right to reciprocate in the same manner”. However, the British High Commissioner to India Alex Ellis said that the Covishield vaccine is not a problem and the UK is open to travel.

“We’re clear Covishield is not a problem. The UK is open to travel and we’re already seeing a lot of people going from India to the UK, be it tourists, business people, or students”.