Profiting from Covid-19? Gujarat firm gets edge over others 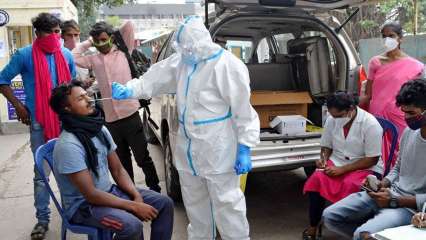 Jammu and Kashmir seem to see a surge of the COVID-19 virus as the state reported 155 new cases on Friday (September 17). These were fresh cases recorded within 24 hours with the Srinagar district reporting around two-thirds of these.

According to the officials, 22 cases were reported from the Jammu division and 133 cases and one death from the Kashmir division while 135 patients were discharged from hospitals after recovery. They also said that 96 new cases were reported in Srinagar district as the authorities brought another affected area into the micro-containment zone.

On the other hand, while the coronavirus cases increase, the Jammu and Kashmir and Ladakh High Court has ordered that only judges, court officials and lawyers will be allowed to enter the high court and the district courts because of the renewed rise in infections. This decision was taken after keeping in mind the safety of people.