WHO to review the need for COVID-19 booster shot today 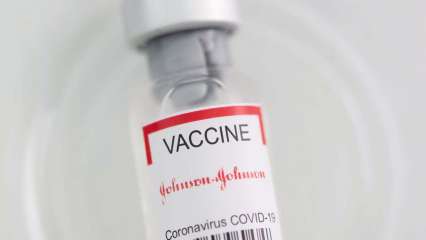 This year a new vaccine will hit the Indian market and will be available as a choice along with Covishield, Covaxin, and Sputnik V for the people waiting to be inoculated.

Hyderabad-based Biological E manufactured Johnson & Johnson’s single-shot vaccine is likely to be rolled out by October, a media website reported.

Johnson & Johnson’s single-shot vaccine was the fifth vaccine to get Emergency Use Approval for use in India by the Drug Controller General of India (DCGI) on August 7.

Covishield, Covaxin, and Sputnik V are the three vaccines currently used in India for vaccination. Moderna has also got Emergency Use Approval by DCGI.

As per the media report, the vaccine batches are expected to go for the final testing at Central Drugs Laboratory, Kasauli and National Centre for Cell Science, Pune by next week.

Johnson & Johnson’s single-shot vaccine has demonstrated 85% efficacy in preventing severe disease across regions, according to the statement released by J&J earlier.

“It protects against COVID-19 related hospitalisation and death 28 days after vaccination,” US Pharma giant Johnson & Johnson had claimed.

Beyond Delta, THESE new coronavirus variants are causing concern