Prices of pulses, edible oil come to come down from… 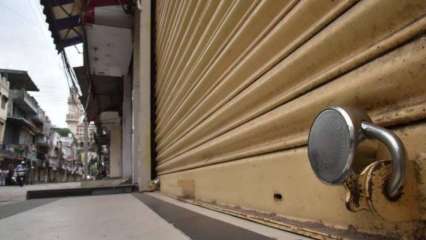 Though Karnataka is producing fewer COVID-19 cases in comparison to Kerala and Maharashtra, the state has been asked by the Technical Advisory Committee (TAC) to enforce strict COVID-19 guidelines amid the upcoming third wave in October-November.

In the meeting that took place yesterday, the TAC stated that the state will be in a mess if guidelines are not followed beforehand. It also said that even when the state is recording fewer cases, it is better to be guarded during festival season keeping in mind the third wave of COVID-19.

Last month, the Central government advised all states and union territories to make sure that there be measures taken to make sure no large gatherings take place in order to curb the coronavirus. Union Home Secretary Ajay Bhalla had said, “It is important to identify warning signs of potential surges early on and to take appropriate measures to curb the spread. This would require a localised approach, as has been mentioned in Ministry of Health and Family Welfare (MoHFW) advisories dated April 25 and June 28.”

According to a report by the New Indian Express, reports coming from clusters of nursing colleges in Horamavu and apartments in Mangaluru, Bengaluru and others show a similar picture from March-April 2021 that saw the occurrence of the second wave of COVID-19.

Karnataka has been recording a positivity rate of less than 2 per cent in most districts. Recently, it also removed the weekend curfews from districts bordering Kerala and Maharashtra. As of now, the government of Karnataka has not allowed the reopening of schools, offices and other places till October 31.