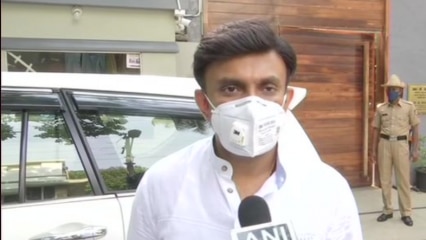 Karnataka Health Minister Dr K Sudhakar made some controversial statements about the “modern Indian women” on Sunday, which has since sparked outrage among the people of Karnataka.

The state health minister said that modern women in India want to stay single and don’t want to give birth even after they get married, which is wrong. He further said that the women in the country today desire a child by surrogacy after marriage.

Health Minister Dr K Sudhakar said, “Today, I am sorry to say this, lots of modern women in India want to stay single. Even if they get married, they don’t want to give birth. They want surrogacy. So there is a paradigm shift in our thinking, which is not good.”

He made these remarks on Sunday, during the World Mental Health Day at the National Institute of Mental Health and Neurological Sciences (NIMHANS). The minister further added that there is a “western influence” on society and people don’t want their parents to live with them.

Dr Sudhakar said, “Unfortunately, today we are going in a western way. We don’t want our parents to live with us, forget about grandparents being with us.” Some of these comments sparked a row and attracted a lot of outrage from the female population of Karnataka.

Further, the health minister addressed the mental issues Indians face in their everyday lives. He said that every seventh Indian in the country is going through some kind of mental distress. According to the minister, stress management is an art.

Dr K Sudhakar further said, “Stress management is an art. This art we need not learn as Indians. We need to preach to the world how to handle stress, because yoga, meditation, and Pranayama are the wonderful tools that our ancestors had taught the world thousands of years back.”

While talking about the impact of the COVID-19 pandemic on the mental health of citizens, the minister said that people were not able to touch the bodies of their loved ones which caused them a lot of mental agonies. He also said that Karnataka had been counseling COVID patients and coaching them through mental distress.

Taliban will be judged on its actions, not only its words, says US after Doha talks