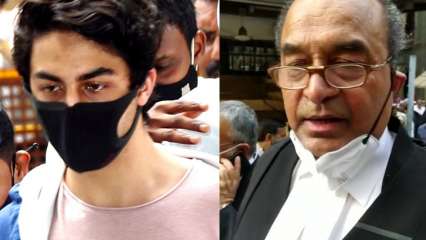 After 21 days is custody, superstar Shah Rukh Khan’s son Aryan Khan was granted bail by the Bombay High Court on Thursday, October 28, 2021. Talking to media, former Attorney General Mukul Rohatgi, who represented Aryan Khan in the high court said, “Bombay HC has granted bail to Aryan Khan, Arbaz Merchant, Munmun Dhamecha after hearing the arguments for 3 days. The detailed order will be given tomorrow. Hopefully, all they will come out of the jail by tomorrow or Saturday.”

Bail was granted by Bombay High Court to Aryan Khan and co-accused Arbaaz Merchant and Munmun Dhamecha on the third day of hearing on Thursday. The court granted the plea from the petitioners against the order from a special NDPS court rejecting their bail applications in the high-profile Mumbai drugs case. However, Aryan Khan will not leave Arthur Jail tonight as the order has been reserved for tomorrow. Aryan has been in custody since October 2.

Earlier ASG Anil Singh, representing the Narcotics Control Bureau (NCB), opposed Aryan Khan’s plea for bail saying that Aryan is not a first-hand consumer of drugs but a regular consumer for the last two years. ASG Singh highlighted that the petitioner was found in ‘conscious possession’ of contraband. He argued, “There is a case that a person might not have consumed the drug, but if he’s in possession of it, he can be booked under NDPS Act… Accused Aryan was found in conscious possession of contraband.”

Rohatgi had concluded his arguments seeking bail for Aryan Khan on Tuesday. The former AG had called Aryan’s arrest “arbitrary”. He had argued that neither any recovery had been made by NCB from Aryan nor did the agency conducted a medical examination to show that there was consumption of any drugs.