Modi Can Learn Much From Indira Gandhi 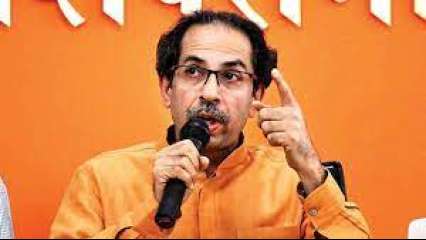 Maharashtra Chief Minister Uddhav Thackeray on Sunday warned people not to be complacent during the festivals as the state government is preparing to deal with a third wave of the COVID-19 pandemic.

“There was a surge in COVID-19 cases after festivals last year. I request all of you to avoid crowding,” the Maharashtra CM said, and added, “Wearing a face mask is important even after vaccination.”

Thackeray was speaking during a virtual Majha Doctor conference, where he said the Shiv Sena government has strengthened the health infrastructure and is increasing the oxygen capacity to 3,000 MT from the present level of 1200 to 1400 MT amid the concerns of the third wave.

“Now the government has relaxed several curbs. There is an upcoming Ganesh Utsav. I want people not to be complacent, avoid crowding in order to avoid the spread of the virus and its infection. I also urge political parties to avoid crowding,’’ he said.

He justified the government’s move to slowly reopen various activities in the state and recalled that there was a surge in COVID cases last year during the festive season in September despite several curbs.

While some districts have shown a steady decline in COVID-19 cases, some others are still showing an upward trend, Thackery said, and added that the number of patients under treatment has dropped from what it was in April-end.

He said, “Though some districts have shown a decline in cases, we need to be ready for the third wave of COVID-19. The state task force on COVID-19 is currently engaged in guiding family doctors in district and tehsil places about treatment protocols. It will enable them to make an accurate diagnosis and avoid over prescription of medicines.”

Beneficiaries can win TV, mobile phone or blankets by getting jabs