Mamata Banerjee lashes out at Congress for lacking seriousness in politics 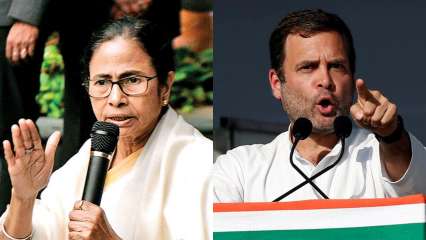 On the last day of the West Bengal CM Mamata Banerjee’s visit to Goa, she lashed out at Congress Party accusing them of not taking the current political scenario of the country seriously. She also said that Prime Minister Narendra Modi will only grow stronger if Congress does not become more serious about politics.

Addressing the media on Panaji, Mamata Banerjee also stated that the country might be suffering because of the Congress’ laxity and indecisiveness.

She said, “Congress could not take decisions. I cannot say everything right now because they didn’t take politics seriously. Modiji is going to be more powerful because of the Congress…If one cannot make a decision, why the country should suffer for that?”

She further added, “They (Congress) got the opportunity (in the past). Instead of fighting against BJP, they contested against me in my state.”

When questioned about the steps that the Congress party could have taken, she refused to comment and said that since it is not her party, she will not discuss it. She said, “Let them decide. That is my system also, I don’t interfere with any other political party’s business, I can say about my political party and our fight will continue. We are not going to bow down our head to BJP.”

The Trinamool Congress will contest all 40 seats in the Goa assembly elections in 2022. This was West Bengal CM Mamata Banerjee’s maiden visit before the elections. “I want that the regional parties should be strong. We want that the federal structure should be strong. We should make states strong, if states are strong, then the Centre will be strong. Delhi ka dadagiri amka naka (We don’t want Delhi’s bullying), enough is enough,” she said.

On the other hand, Congress MP Rahul Gandhi also reached Goa on Saturday, October 30. He will address his party workers and later on meet the fishermen community.