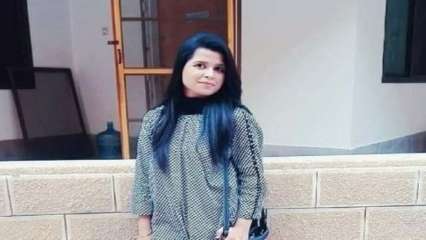 Sana Ramachand hails from a rural area of Shikarpur district in Sindh province where there is the largest Hindu population in Pakistan. An MBBS doctor, Sana is one of 221 candidates who cleared the CSS exam. Taking to Twitter, Ramachand shared the news, writing, “Waheguru Ji Ka Khalsa Waheguru Ji Ki Fateh” and added “I’m pleased to share that by the grace of ALLAH ALMIGHTY, I have cleared the CSS 2020 and been allocated to PAS. All credit goes to my parents.”

The pass percentage of CSS exams this year was 2 percentage, reported news agency PTI. The Pakistan Administrative Services is the top of the groups followed by Pakistan Police Services and Foreign Services of Pakistan and others. Those who are allotted PAS become Assistant Commissioners and are later promoted to District Commissioners.

According to BBC Urdu, Ramachand is the first Hindu woman to clear CSS and get selected for PAS.

Ramachand, who did her MBBS from Chandka Medical College in Sindh province, and is currently doing FCPS from Sindh Institute of Urology and Transparent.

1 dead, 2 injured as Army helicopter crashes at Patnitop in Jammu