China Warplanes Fly Over Taiwan Strait In Show Of Force

The Yellow Peril has arrived 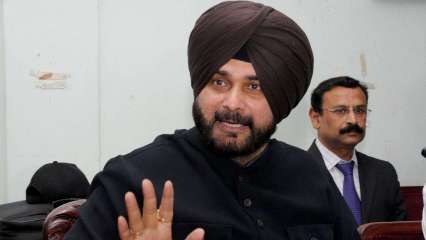 Congress leader Navjot Singh Sidhu is all set to meet the party’s central leadership today, October 14. This will mark Sidhu’s first meeting with the Congress leadership after he stepped down from the post of Punjab Pradesh Congress Committee (PPCC) chief.

A day before his meeting with the party leadership, Navjot Singh Sidhu shared a video where he talked about the various issues persisting in the state of Punjab. He further thanked the Congress high command for “facilitating” him while asserting there “can never be compromises”.

In the video, Sidhu can be heard saying, “I have ‘Ishq with Punjab. What is the meaning of ‘Ishq’? People think it is something physical. No….. It breaks away from all relationships and this is the kind of my ‘Ishq’ for Punjab. Those who understand my ‘Ishq’ for Punjab will never level any allegations against me.”

He also said, “You should be facilitated and which is done by the high command. I will always be grateful to them. But how to move forward by making compromises? This system stands up like a monster and bites you.”

Navjot Singh Sindhu will be meeting the Congress central leadership today, several weeks after his resignation from the PPCC chief post. The meeting will be attended by party general secretary KC Venugopal and Punjab in-charge Harish Rawat. Rawat had earlier announced that organizational matters of the Punjab Congress will be discussed in the meeting.

Harish Rawat had tweeted, “Navjot Singh Sidhu, President Punjab Congress will be meeting me and KC Venugopal for discussion on certain organisational matters pertaining to Punjab Pradesh Congress Committee at Venugopal`s office (in Delhi) on October 14.”

Navjot Singh Sidhu resigned from the post of the PPCC chief in September, just some days after Charanjit Singh Channi was sworn in as the new Chief Minister of Punjab. Today will be the first meeting between Sidhu and the party leadership after his resignation.

What is e-Aadhaar? Step-wise guide to download it within 5 minutes