Petrol, diesel to get cheaper as govt slashes excise duty 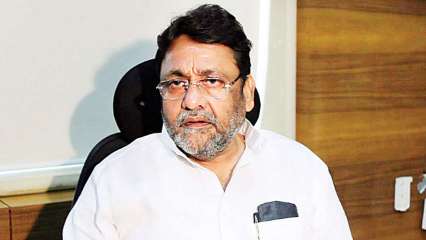 The Mumbai cruise drugs case, which made headlines for at least a month, has now launched a separate political row between the central government and the existing Maharashtra cabinet. Nationalist Congress Party’s leader Nawab Malik has now come forward with a new set of allegations regarding the drugs case.

During a press conference, Maharashtra minister Nawab Malik said that the drugs case involving Bollywood superstar Shah Rukh Khan’s son Aryan Khan was nothing but an “extortion and kidnapping” matter, BJP leader Mohit Kamboj being the “mastermind” behind it.

Nawab Malik, in the press conference, said, “Aryan Khan didn’t purchase the ticket for the cruise party. It was Pratik Gaba and Amir Furniturewala who brought him there. It’s a matter of kidnappings and ransom. Mohit Kamboj is the mastermind and partner of Sameer Wankhede in demanding ransom.”

Malik further claimed that Shah Rukh Khan was being threatened since the day his son was arrested and is currently being forced not to speak up about the case. His statements come just days after the actor’s manager, Pooja Dadlani, got caught up in allegations of extortion in the Mumbai cruise drugs case.

During the press conference, the NCP leader also launched a fresh set of allegations against Fashion TV head Kashiff Khan. He alleged that Khan was a “partner” of NCB zonal head Sameer Wankhede, and was present at the party.

A paper roll that was a brand of Fashion TV was seized in the case & it is being said the drug is consumed through that roll. Why was the owner not arrested? The owner of this brand is Kashiff Khan. He is a partner of Wankhede and was present at the party: NCP leader Nawab Malik pic.twitter.com/ikM0DRckXx

Malik said, “A paper roll that was a brand of Fashion TV was seized in the case and it is being said the drug is consumed through that roll. Why was the owner not arrested? The owner of this brand is Kashiff Khan. He is a partner of Wankhede and was present at the party.”

“Kashiff Khan forced our minister Aslam Shaikh to come to the party and was also planning to bring children of various ministers of our govt to the party. If Aslam Shaikh had gone there it would have been Udta Maharashtra after Udta Punjab,” he further added.

Before this, Nawab Malik has also come out to attack Sameer Wankhede and his family multiple times, questioning his background and putting forward allegations of extortion.