Parts of Gurugram to face water supply shortage on THESE…

New diseases, endemics appearing due to change in climate posing threat to our health: PM Modi 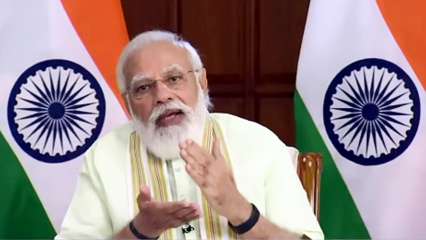 Prime Minister Narendra Modi on Tuesday remarked that due to climate change, new diseases and endemics are appearing in the environment, which poses a great threat to the health of humans and livestock.

Prime Minister was speaking at the event where he dedicated 35 crop varieties with special traits through a video conference to the nation.

“New diseases and endemics are appearing due to climate change. This is posing a great crisis to the health of humans and livestock, it is also affecting crops. Intensive research on these issues is necessary,” PM Modi said.

He also stated that science, government and society should work together to get better results in improving the agriculture sector which in turn will improve people`s health.

“This nexus of farmers and scientists will further strengthen the nation to face new challenges,” he said.

He stressed the need to further developed millets and other grains with solutions from science and research.