China Talks Of An ‘Agreement’ On Ladakh Border 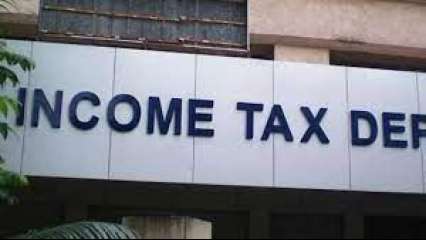 After a team of the Income Tax Department conducted separate “survey operations” at the offices of Newslaundry and Newsclick on Friday, the two news media organisations responded, as the former said it does business “honestly and with integrity.” Newsclick said, ” These investigations by various agencies, and these selective allegations, are attempts to stifle the independent journalism.”

The I-T department team conducted surveys at offices of Newslaundry and Newsclick to verify certain tax payment details and remittances made by them.

Issuing an official statement on Twitter, Newslaundry co-founder Abhinandan Sekhri wrote, “We have nothing to hide and have done everything by the book and are not in any breach or violation of any law. We conduct our business honestly and with integrity.”

“The team consisting of six or seven people was courteous and professional. I was told the law requires me to comply without seeking legal advice. They searched and looked through all computer devices at the premises. My personal mobile phone, laptop, and a couple of office machines were taken control of and all the data on them downloaded by the IT team,” Sekhri said, adding that this act “violates my fundamental right to privacy.”

“No signed hash value of the data copied was provided to me. Even so, we will deal with that later,” he said.

Newslaundry wrote, “We conduct our business honestly and with integrity. We have in the past given the IT authorities all documents related to our funding and accounts. We will cooperate in whatever way we are required to by law.’

Meanwhile, in a statement, Prabir Purkayastha, the Editor-in-chief of Newsclick wrote, “The IT team recorded the statement of Newsclick’s Editor-in-Chief Prabir Purkayastha; impounded his phone; and took away documents – what they called “loose papers” from the premises. They also took email dumps of Prabir, editor Pranjal, and various administrative and financial accounts related to Newsclick.”

“This is not the first time Newsclick has been targeted by government agencies. The offices of Newsclick, as well as the residences of Prabir Purkayastha and other persons associated with us, were also raided earlier this year by the Enforcement Directorate,” Newsclick wrote.

The statement read, “These investigations by various agencies, and these selective allegations, are attempts to stifle the independent journalism of media organisations – including Newsclick.”

“We will not be intimidated. We will continue to do our work, and speak truth to power,” the organisation said in the statement.