Why The French Are Silent On Wuhan!

NIA Court convicts 9 out of 10 accused 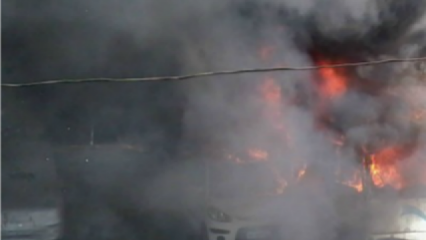 The special court of the National Investigation Agency (NIA) has delivered the verdict regarding the 2013 Patna blasts today, October 27. The NIA court has convicted 9 out of the 10 accused in a series of blasts that took place on October 27, 2013, in then PM candidate Narendra Modi’s rally in Gandhi Maidan in Patna, Bihar.

The serial blasts in PM Modi’s Patna rally left as many as six people dead and 90 people injured, leaving the capital city of Bihar rocked to its core. Despite the blasts, the rally continues as Modi kept addressing the crowd, calming their nerves and further avoiding a stampede situation.

The case was taken up by the NIA for further probe on November 6 that year, and a charge sheet against the 11 accused was filed by the agency on August 21, 2014, after investigating the matter. The deadly blasts happened when Narendra Modi was doing his “Hunkar” rally as a prime minister candidate in the Lok Sabha elections of 2014.

As per the investigation conducted by NIA, the suspects of the case had planned the blasts at Gandhi Maidan in Patna after they failed to get close to Modi while he was conducting his rally in Delhi, Chhattisgarh, and Uttar Pradesh that year.

One of the prime suspects in the case, Tariq Ansari, tried to plant a bomb inside a bathroom in Patna and, died in the process. The rest of the accused are currently inside Patna jail. The Juvenile Justice Board convicted the minor accused in the blasts in October 2017 for three years.

Train runs in opposite direction to save life of mother, newborn child