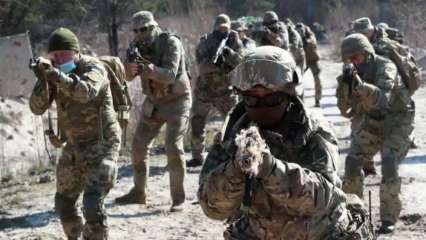 India has no plans to participate in Shanghai cooperation organization anti-terror exercises in Pabbi, Khyber Pakhtunkhwa, Pakistan. The exercise will take place later this month in the country, which became a member of the grouping in 2017 along with India.

The “Pabbi-Antiterror-2021” was first announced in March of this year after the 36th meeting of the Council of the Regional Anti-Terrorist Structure (RATS) that took place in Tashkent, Uzbekistan. During the meet, the member states also approved the draft program of cooperation for 2022-2024 to counter-terrorism, separatism and extremism.

SCO’s Regional Anti-Terrorist Structure (RATS) is headquartered in Tashkent. During a February visit to the headquarters by a Pakistani delegation, Islamabad presented preliminary information on the design and preparation of “Pabbi-Antiterror-2021”.

In 2020, India had not participated in the SCO counter-terror exercise-Kavkaz in Russia that saw the participation of Chinese and Pakistani forces. Those exercises in September 2020 came in the backdrop of aggressive action by the Chinese at the Line of actual control in Eastern Ladakh’s Galwan that killed 20 Indian soldiers.

Interesting to note, that India will take part in SCO’s Peace Mission 2021 that is going to take place this month in Russia. “Peace Mission2021” exercise will be undertaken at Orenburg Oblast, Russia, from September 11 to 25. The exercise will see the participation of all SCO member countries, including China and Pakistan.

SCO grouping has 8 member states–Russia, China, India, Pakistan, and 4 central Asian countries–Tajikistan,  Uzbekistan, Kazakhstan, Kyrgyzstan. This month will see the Shanghai Cooperation Organization or SCO heads of state summit as well on September 16th to 17th in Tajikistan’s capital Dushanbe. Indian Prime Minister Narendra Modi will participate in the summit, which will be hybrid–with some leaders participating in person.

With SC order in favour of Amazon, what next for Future-Reliance deal?